Most Hindu festivals celebrate the avatar of God as a saviour of mankind. It is either victory of good over evil or the birth of divinity in human form. Sri Krishna Jayanti is also known by other names like Krishna Janmashtami, Gokulashtami, Ashtami Rohini, and Krishnashtami. Krishna, the eighth son of Vasudeva, the King of Yadavas, and Devaki, sister of Asura King Kansa, was preordained to be born at midnight on the eighth day of the dark fortnight in the month of Bhadrapad. Devotees keep awake all through the night singing bhajans, reading Bhagavad Gita or attending the celebrations in temples. Observing a fast, singing Krishna’s praises, dancing almost in a trance and worshipping Him takes precedence among people. Unarguably the most popular and widely celebrated festival of Hindus, here are the different ways in which Janmashtami is celebrated across India.

Grand festivities at:
Mathura and Vrindavan as Banke Bihari: In the land of Krishna’s birth (in a prison) and the place he grew up, milk abhishekam (bathing) is done to the infant idol of Krishna in temples, aarti-poojas are performed, prasad is distributed among devotees and tales of Krishna’s leelas or miracles are narrated in interesting forms like Raas Leela (dramas). At midnight, infant Krishna is decked up in silk, gold, gems and placed in a cradle. People rock it as good omen amidst chants of His glory.

Dwarka: This place in Gujarat is where Krishna lived after leaving Vrindavan. Devotees throng here to witness the festivities that commence before midnight with bhajans, blowing of conch shells and aarti with the sound of bhajans and bells reaching a crescendo at midnight when Krishna was born.

Maharashtra: This state revels in the naughty and frolicsome facet of the Lord by enacting his childhood pranks. Maharashtrians perform a unique way of paying tribute to Krishna by breaking the dahi handi. Young men form a human pyramid to reach buttermilk and butter in the earthen pots that hang from a height while folks from nearby houses spout water on them. Prize money is given away to the govindas who take part in this spirited act and manage to break the pots.

Udipi: Sri Krishna Matha founded by Saint Madhawacharya is very famous among Krishna devotees. A distinctive feature of this temple is that one can pray to Krishna through an ornately-carved window with nine holes, called Navagraha Kitiki. During this season, the temple comes alive with chanting and bell chimes. Leelotsav, Hulivesha (tiger dance) and plays that portray Krishna Leela are held across the city. Milk abhisheka (bathing) is performed on the idol of Krishna and laddu naivedya is offered to Him.

Kerala: Guruvayoor is a small town in Kerala but very prominent for its Sri Krishna Temple referred as Bhuloka Vaikuntam. The Lord here is called Guruvayurappan whose benevolence is sought by devotees from far and wide. It is believed that the idol of Vishnu here is as that was seen by his parents Devaki and Vasudeva. Divinity fills the air and naivedyams (offerings to God) of pal payasam (kheer) and neiyappam are offered to Krishna.

Lesser known places of celebrations:
Andhra Pradesh and Telangana: Apart from people worshipping Krishna’s paintings (there are only a few Krishna temples) with immense devotion, young lads wear costumes like Krishna and call on neighbours who offer them goodies.

Goa: Who would imagine Janmashtami celebrations in a Christian-dominated province, right? You will be surprised to know that the state is linked with Krishna’s Yadava clan. Another revelation is Marcel, a town in Goa, happens to be home to the sole Devaki Krishna Temple, as nowhere else will you find Devaki being worshipped along with Krishna. The event is celebrated in a glorious manner.

Jaipur too celebrates the birth of Krishna at its Krishna Balram Temple and Govind Devji Mandir with pomp.

Celebrations abroad:
Bangladesh: Janmashtami is observed in Dhakeshwar Temple in Dhaka.
Nepal: Narayanhiti Krishna Mandir and other Krishna temples where the Lord’s name is chanted with prasad and floral tributes to the idol.
London: At ISKCON, Shree Bhaktivedanta Manor and Shri Swaminarayan Mandir, Krishna’s favourite dishes are prepared, vibrant decorations adorn the temples and divine rituals are conducted with thousands of devotees thronging to be a part of the revelry. 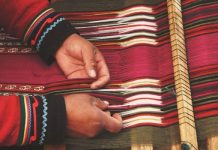 History and significance of the National Handloom Day