On the tip of Pamban island, along the Palk Strait, is the quaint, deserted town of Dhanushkodi. The town that was once thriving with life is now an uninhabited town that welcomes visitors. Dhanushkodi is the last islet between India and Sri Lanka. A stretch of land, that is merely 45 meters long, marks the land border between the two countries. It is the smallest such border in the world and is situated on a shoal in the strait.

The National Highway 95 was recently extended to improve the connection between Rameshwaram and Dhanushkodi. A quick thirty minute ride from Rameshwaram along this road will transport you to the ruined, yet pristine town of Dhanushkodi.

Once a growing town, Dhanushkodi greatly suffered the effects of a fierce cyclone in 1964. A part of the islet was submerged in water and thousands of lives were lost. Owing to the geomorphic nature of the region, the Government of Madras declared it as a ghost town and rehabilitated the survivors. 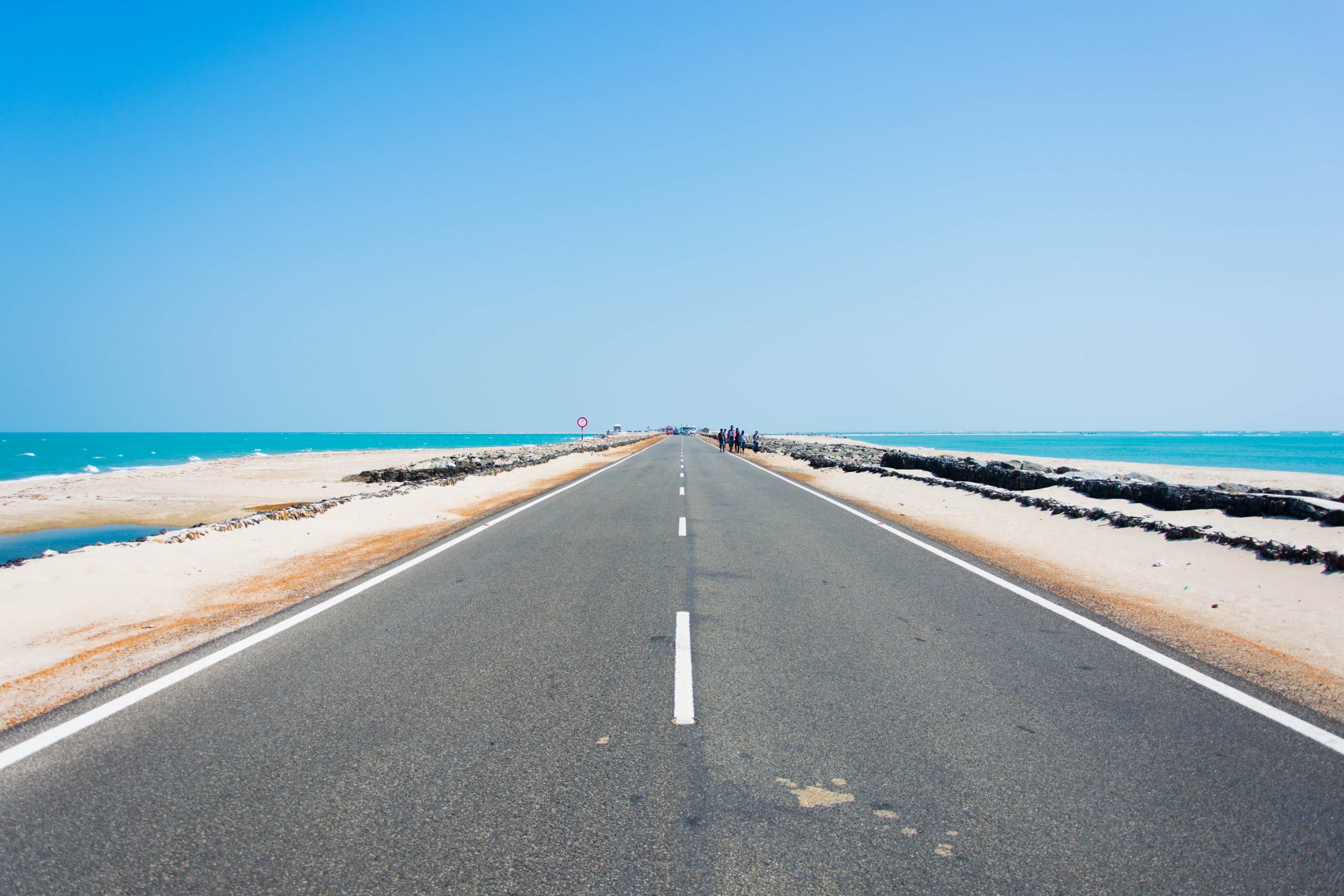 Limited human activity directly implies cleaner beaches and healthier marine biodiversity. The Gulf of Mannar is a protected marine biodiversity reserve that stretches for 160 kilometers between Dhanushkodi and Tuticorin. Visitors can marvel at the underwater ecosystem through glass-bottom boats. Due to the shallow coastal area, one may be able to see coral reefs thriving along with other species of flora and fauna.

The Adam’s bridge that can be seen from Dhanushkodi is an important attraction for the religious believers and explorers alike. The bridge starts as a chain of shoals from the tip of India’s Dhanushkodi and ends at Sri Lanka’s Mannar Island. The bridge is 50 kilometres long and 3-kilometre wide. Records from the Rameshwaram temples and some evidences dating back to 15th century claim that the entire bridge was visible and could be crossed by foot. It seems like the cyclone in 1964 submerged parts of the bridge as well. Adam’s Bridge is also known as Rama Setu or Rama’s Bridge. It is believed that this is the bridge that the ‘vanarasainya’ or army of monkeys helped build so that Lord Rama could proceed to Lanka and defeat King Ravana. It is believed that it is the blessings of Lord Ram that keep the stones afloat in water. Science, however, remains divided on the matter. The spectacle is a unique experience, nonetheless.

There are some ruins that one can see on the island that were parts of earstwhile Dhaushkodi. One can visit the ruins of the railways station built during the times of the British, a church and temple that was built in honor of Vibheeshana, Ravana’s brother.

How to get there:
By Road
Dhanushkodi can be accessed through Rameshwaram by road. One can drive down to Rameshwaram from different parts of Tamil Nadu by road. There are private and State Transport busses that ply to Rameshwaram regularly.