The spring celebration of Holi sees many parts of India erupt in colour but perhaps the best place to witness it in all its glory is Mathura, home to Vrindavan and Barsana. Here, the festival can last for two weeks. Thousands of tourists descend on the region for a chance to see the revelry that takes place.

Mathura is believed to be the birthplace of Lord Krishna. It is awash with colours and everyone comes out to celebrate. The legend goes that when Lord Krishna was young, he despaired of his dark complexion while the head gopi, Radha, was fair. His mother suggested that he playfully colour her. He travelled from his village of Nandgaon to neighbouring Barsana, Radha’s hometown, to do just that. Radha, along with the other gopis, playfully hit him with sticks. This sparked the tradition of Lathmar Holi, where women hit men with sticks who in turn defend themselves with shields. The men come from Nandgaon to ‘take over’ Radhikaji’s temple but are met with sticks brandished by the women of Barsana.

If you are planning to celebrate Holi in Mathura, you should start with Krishna’s village of Nandgaon and Radha’s Barsana. This year, Lath Maar Holi was extended to six days instead of the traditional two days. Mathura was also a host. The first phase was from March 14th to 15th and began with Laddu Holi, followed by a procession depicting the different types of Holi in the Braj region. The second phase took place in Mathura from March 16th to March 19th. You can find out more about 2019’s Lath Maar in Barsana here https://bit.ly/2HLfeqk,  https://bit.ly/2HwRWVQ and https://bit.ly/2Jqa5WY.

About 40 kilometres from Barsana is the historical city of Vrindavan where Krishna is said to have spent his childhood, there are many temples dedicated to him and Radha but Banke Bihari temple is where things take a different turn. On Ekadashi right before Holi, the festival is observed with flowers instead of traditional wet and dry colours. It is a short affair that lasts about 30 minutes but it is still a sight to see. The gates open at around 4 pm so try to get there early to catch the action.

Come March 21st and Mathura’s temples come alive with devotees, travelers and revelers. Banke Bihari temple is thronged with visitors so expect a big crowd. You should also make your way to Dwarkadhish temple where the idol of Krishna in black marble and Radha in white marble sit.

Festivals are the best time to feast on delicious food and sweets. However, with everyone coming out to celebrate it can be a challenge finding good food at day’s end. You can rely on street vendors but it is smarter to dine at the hotel you are staying at. In Vrindavan, popular hotels include Nidhivan Sarovar Portico (https://bit.ly/2TPevvm), Hotel The Royal Bharti (https://theroyalbharti.com/) and Anandam Clarks Inn Suites & Resorts (http://anandamclarksinn.com/). By contrast, Barsana has fewer accommodation choices but you can still find good places to put up at. A list of hotels, guest houses, and dharamshalas can be found here – https://mathura.nic.in/barsana-hotels/.

Travellers coming to Barsana by train will stop at Kosi Kalan that is around 10 kilometres away. From there, you can take a bus or a taxi. The village is also well-connected to Mathura and Delhi by road. If you are travelling by air, Agra Airport is the closest at about 100 kilometres away.

Holi may be a Hindu festival but that doesn’t stop people from different faiths taking part in the celebrations. While the festival is one of fun and gaiety, female travellers would do well to book a tour package for safety reasons instead of planning the trip themselves. Companies like http://www.break-away.in offer customised tours for an authentic experience.

Donate for a good cause: If you enjoy reading this magazine, as a support for an initiative undertaken by the magazine’s founder, please donate any small amount you wish to towards her endeavours to raise funds for a good cause and a world without heart diseases: https://www.justgiving.com/fundraising/helpingagoodcause 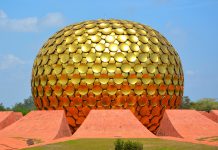 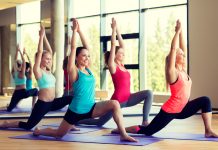 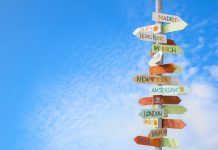 The magnificent splendor of Rajasthani stepwells