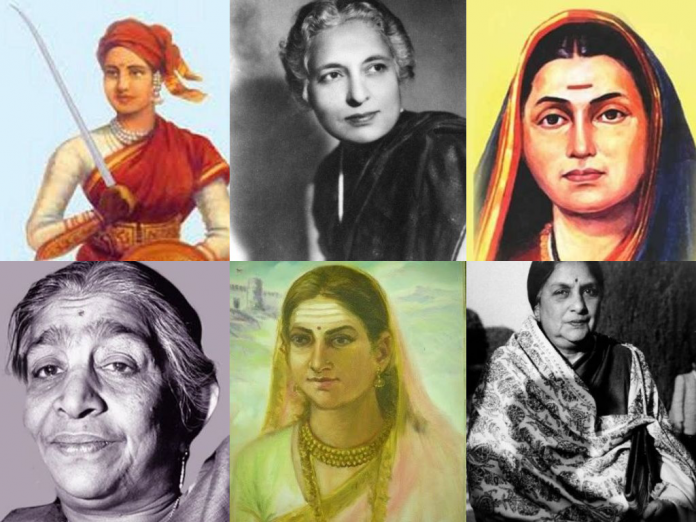 International Women’s Day is a global day celebrating the social, economic, cultural, and political achievements of women all over the world. But this day is also a reminder that we should take a step beyond commemorating the achievements of countless women all over the globe only on a single day and realise that women, who “hold up half the sky”, need to be celebrated and appreciated and given their due every single day of the year.

Indian history is replete with examples of strong and tough women who have left behind a valuable legacy for future generations. Let us remember these historical women and their great deeds, which provide a beacon of hope to women all over the world today. India Beckons wants to highlight some of these women from Indian history and remind readers of their achievements as a tribute to every woman – modern and traditional – who reminds us that there is pretty much nothing in today’s world that a woman cannot achieve if she puts her mind to it. We also want to encourage women to take the proverbial leaf out of the books (and indeed chapters) of these women’s lives and show the world that women hold up more than half the sky! 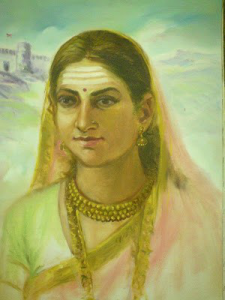 Rani Chennamma was the queen of Kittur in Karnataka, southern India. She was the first woman to fight the British governance (and the policies of the East India Company). Her legacy and first victory are still commemorated in Kittur, during the Kittur Utsava every year from the 22-24 October (as she was born on 23 October 1978). Thus, she became one of the first icons of the Indian independence movement, almost half a century before the rebellion of the Rani of Jhansi. She fought the East India Company valiantly and was captured and eventually passed away in captivity. But she left behind a legacy every Indian would proudly recount for many centuries to come. 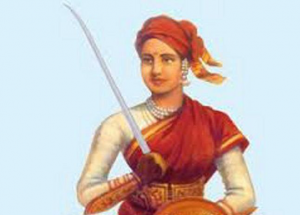 The famous warrior queen of Jhansi, Rani Lakshmibai was known for her rebellion and mutiny against the British troops in 1858, in which she was martyred. She is a national heroine of India and even today many heroic tales of the warrior queen are narrated to children in India. Rani Lakshmibai stood up against the British when they wanted to seize her kingdom and declare ownership. The battle that followed in 1858, in which she was killed, became a beacon of hope to future generations of freedom fighters In India. 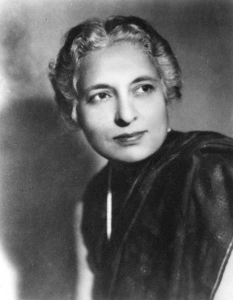 Daughter of Motilal Nehru and sister of Jawaharlal Nehru, Vijay Lakshmi Pandit went on to become one of the first woman president of the United Nations General Assembly. She was a trailblazer for women in more ways than one; she was also the first woman to hold a cabinet post during the British Raj. She served as the president of the Indian National Congress twice. In the late 40s, she was India’s ambassador to Russia and, later, went on to become Maharashtra’s governor. She attended the first political gathering at the tender age of 16, when her cousin arranged one to protest the inhumane treatment of laborers in South Africa. 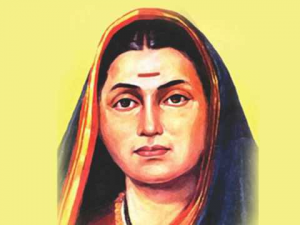 Another trailblazer, Savitribai Phule is known for starting India’s first school for girls; she thus became the pioneer of women’s education in the country. Though she was married at the tender age of nine, she vociferously opposed the customs of child marriage and sati during her life. Just as there is a woman behind every successful man, behind every successful woman too there is usually the support of a man or men in her life. Savitribai got educated after her marriage with her husband’s help, who taught her how to read and write and who was instrumental in setting up the first school for women’s education in India in 1848. Thereafter, they went on to set up 18 more schools. Among the causes she championed in her life, one was that of eradicating the corrupt caste system (she opened a well for untouchables in her own house). She was not just a social reformer, but a philosopher and poet as well; she wrote poems on nature, education, and abolition of caste system. 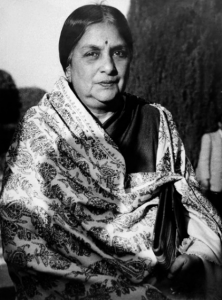 Kamaladevi was a social activist and Indian freedom fighter; it would be unfair though to restrict her identity to just these two epithets as her contributions to India were wide-ranging and diverse (she was a freedom fighter, actor, social activist, art enthusiast, politician, and free-thinking feminist all of them at the same time). In 1986, when renowned Indian novelist Raja Rao wrote Kamaladevi Chattopadhyay’s memoirs, Inner Recesses Outer Spaces, he described her as “perhaps the most august woman on the Indian scene today.”  A student in London, she came to India immediately on hearing about Mahatma Gandhi’s non-cooperation movement. She took responsibility of the women’s section and started working for the welfare of women. In 1930, she became a part of Gandhi’s Salt Satyagraha movement and was imprisoned for the same reason. Post-independence, she played a pivotal role in reviving thousands of indigenous art and craft traditions in India. In 1955, she was awarded the Padma Bhushan by the government of India and, in 1987, the Padma Vibhushan. She was also honoured by UNESCO, UNIMA (Union Internationals de la Marlonette), International Puppetry Organisation, and World Crafts Council for her contribution towards the promotion of handicrafts. 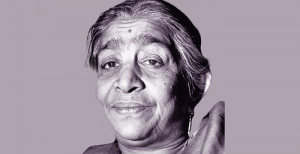 Known as the “nightingale of India”, Sarojini Naidu was an activist, poet, and politician. She also had many “firsts” to her credit. She became the first governor of the United Provinces of Agra and Oudh for two years and was also the first woman governor of an Indian state after independence. Moreover, she was the first Indian woman to become the president of the Indian National Congress, a major political party in India. She was also one of the few women to take part in the Satyagraha movement and participated in the round table conference with Mahatma Gandhi and Madan Mohan Malaviya. In 1905, she published her first book, a collection of poems, under the title “Golden Threshold”. A contemporary poet, Bappaditya Bandopadhyay quoted “Sarojini Naidu inspired the Indian renaissance movement and had a mission to improve the life of Indian woman.” She sought inspiration from India’s natural beauty, religious pluralism, and the country’s social milieu. 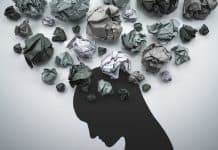 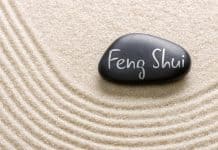 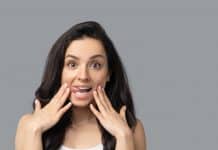 10 hobbies for a better YOU after the lockdown