I made an exhilarating seven-day trip to Dubai with my family. Dubai has rightly earned the tag of the Middle East’s tourist hotspot and every shopper’s ultimate delight. Whether it’s the world’s tallest building or the Olympic-styled ice skating rink or the world’s largest hotel, shopping mall and flower garden (or the ambition to construct the world’s tallest Ferris wheel) – Dubai can be described in many superlatives and is a magnet for all things touristy. The number of attractions in this tourist haven is endless and we had just seven days on us – so we decided to take the Big Bus city tours, which took us not only all around Dubai but also to the neighboring emirate Sharjah.

We stayed at Hotel Flora Grand, which was slightly on the steep side, but it was that time of the year when hotels came expensive. February is the peak tourist season (because the weather in Dubai is cool and perfect for travel) and usually hotels charge peak rates during this time. We bought the unlimited attraction pass on the Big Bus hop-on, hop-off tours, which ensured that we got the most panoramic views of the whole city in the seven days that we were there, with complementary tours like the night tour, desert sunset tour and Sharjah tour thrown in. The tickets were reasonably priced at USD 70 (UAE Dirhams 250) per person, and every fil was worth it. The bus took four different routes around Dubai (Red, Green, Blue, and Pink routes), covering almost all the top attractions, famous sites, and landmarks (souks, malls, beaches, etc.). The bus had both pre-recorded commentary on most routes plus live commentary by tour guides on some of the special tours.

What strikes a traveler the most about Dubai is its plush greenery amidst the dry desert. Dubai’s greenery is not something you only experience at the Miracle Garden. It’s landscaping and verdant beauty can be experienced everywhere you look – as the horticulture department in Dubai has ensured that the city is always blooming with rich vibrant colorful plants‑ in the center of roads, on dividers, on roadsides, everywhere! The Miracle Garden in Dubai, which is the world’s largest natural flower garden featuring over 109 million flowers, is the icing on the cake!

A narration of our Dubai tour will not be complete without mentioning our visit to the world’s tallest building – the Burj Khalifa. Grand, magnificent, and awe-inspiring are just some of the epithets to describe this marvelous edifice. We had pre-booked the tickets, so our wait was not long (though it took us an hour to get to the lifts that took us to the 124th level of the Khalifa). By the time we reached “at the top”, as the 124thlevel is popularly known, the sun had set and the city was gleaming in beautiful, bright lights. What an amazing view of the city we got from the top!

Again, any narration of our tour would be incomplete without mentioning the Dubai Mall – the world’s largest mall, covering a sprawling 12-million square feet (equivalent in size to 50 football fields)! It is a part of Downtown Dubai, the same area that houses the Burj Khalifa. The mall has a famous aquarium and underwater zoo, which showcases more than 300 species of marine animals, including sharks and rays. It can be seen while taking a stroll around the mall or one can purchase tickets to go inside and get a closer look at the different species. The Dubai Mall also has an Olympic-sized ice-skating rink so if one wants to beat the heat, just glide across the ice! Other malls worth mentioning are Mall of the Emirates, Deira City Centre, and Wafi Mall and shopping areas worth exploring are the Gold Souk, the Spice Souk, the Textile Souk, Souk Madinat Jumeirah, and Souk Al Bahar.

Some of the other highlights of our tour were the visits to the Flamingo Bird Sanctuary, the Dhow Cruise, the desert sunset tour, and a trip to Sharjah, all of which were complementary with our unlimited attraction passes. On our way to Sharjah, we saw Eye of the Emirates and, in Sharjah, we visited a few museums and the Blue Souk. Sharjah is also known as the cultural capital of the UAE. The Blue Souk is a bargain hunter’s delight and we could buy souvenirs at dirt cheap prices. The desert sunset tour was a trip into the desert, where we took a camel ride, drank Arabic coffee, and ate dates. Some tourists prefer to take the more adventurous desert safari, but we skipped that for the lack of time. The next day, we checked out of our hotel and flew back, both tired and rejuvenated after a glorious seven-day excursion. 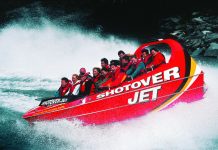 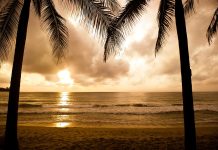 Phuket – beyond the beaches 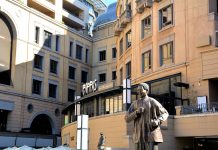 Johannesburg – the gateway to Africa

Phuket – beyond the beaches

Chocolate on my mind!