Delhi means so many things to so many people. For people living in Delhi, no other place compares to it. Having spent my childhood in Delhi, having worked there in later years, and having close familial ties there, I have a fondness for the city that ensures I keep going back. Whether it is the fine gastronomy, reflected in its finger-licking street food and outstanding restaurants, or its great shopping bargains in markets like Dilli Haat and Janpath (and even the lesser-known hawkers who sell beautiful woollens in Dwarka’s markets), Delhi’s strong attractions BECKON me to spend a few weeks and months there every year. And do I love it?

When you live in a place for too long, you sometimes forget to explore it the way a tourist would. When you see the same monuments day in and day out, you fail to notice the beauty and richness of craft in each as a new set of roving eyes would. Since I spent my childhood in Delhi, school trips ensured I saw a lot of Delhi’s monuments as a child – but it is difficult to recall most of them now. So, I try to explore the city as much as I can whenever I go down, seeing it through different hues and tints each time.

Among the places I love visiting when I go to Delhi are the Bangla Sahib gurudwara, India Gate, inner circle, and the Central Park at Connaught Place, the Bahai temple, Isckon temples, the Birla mandir, Dilli Haat at INA and so on.

The Bangla Sahib and the Hanuman Mandir at Connaught Place have a quaint attraction for me – each time I go to Delhi, I make it a point to pay reverence at both. The Bangla Sahib is this peaceful, serene, and enchanting gurudwara which, quite astonishingly I learn, was built almost 230 years ago. It has a pool of water inside the complex, called the sarovar, which is regarded as holy and referred to as amrit (immortal nectar). Listening to the shabad and kirtan (the religious and spiritual songs) inside the gurudwara take you to a deeply blissful journey of fulfilment and joy.

In the pre-Ola days, it was easy to take buses, auto rickshaws and cycle rickshaws in Delhi – almost everyone did that! However, the cycle rickshaws have morphed into battery-operated rickshaws now and the metro has spread its network so well in the city that commuting is easier and more comfortable now.

A walk at the inner circle in Connaught Place, which has some of the finest restaurants in Delhi, and hunting for bargains at Janpath will have you asking for more. Try Gola Sizzlers for a gratifying sizzler or Fresc Co if you want an indulgent Mediterranean buffet. Coffee Home is a reasonably-priced coffee house that I have enjoyed drinking old-fashioned filter coffee at along with a south Indian fare while the swankier United Coffee House is for those who want to try out exotic European, Asian, and Mediterranean food (it is more steeply priced of course!).

If you are at Connaught place and are not tired of bargain hunting at Janpath, try the various state emporiums, especially if you are looking for carpets and quilts, sarees, or traditional handlooms and artefacts. One of my favourite emporiums is the Central Cottage Industries Emporium at Janpath. It is a great place to pick up just about anything – from furniture, dishes, textiles to jewellery, souvenirs, and any of the other various handicrafts. And if you are tired of loads of shopping, take a break at the Cottage Café next door to the Cottage Emporium for some nourishing smoothies and shakes and lip-smacking waffles.

One of my trips in recent years to Delhi was during the Navratri festival in April. I was at a conference at Ashoka Hotel and stepped over at their restaurant Samavar for lunch. I noticed that they had a special Navratri lunch for people who were fasting. Navratri, which comes twice a year, is a festival widely celebrated in Delhi with people fasting during the nine days as a devotion to Goddess Durga.

If you are craving for good street food, there are chaatwallahs (chaat vendors) tucked in almost every corner of Delhi including the Bengali market, Lajpat Nagar, Sarojini Nagar, Janakpuri, Sadar Bazaar, Dwarka and Rajouri Garden. Delhi chaat is by far (or at least in my epicurean list) the best thing about Delhi and has absolutely no comparison to any chaat anywhere in the world. I have eaten chaats in a lot of places but Delhi chaat stands out for its perfect sweet and tangy taste, the right blend of bhallas and papdi, just that hint or dusting of chaat masala, and the unrivalled Delhi touch. No mention about the city can be complete without a mention of its ubiquitous chaatwallahs.

On one of my recent trips, I also visited Chandni Chowk, which is one of the oldest and busiest markets of Old Delhi. It was a spiritual and religious calling which brought me here, but I could not leave without trying the famous parathas at the paranthewali galli. I visited the Gauri Shankar temple, which is said to be an 800-year old Shiva mandir, housing an 800-year old Limgam. Afterwards, I ate at the paranthewali galli, some of the most melt-in-the-mouth, soft and crusty parathas at a shop run by several generations of the same family for the past 150 years. If you are visiting Chandni Chowk, you might want to shop for sarees and suits, spices, dry fruits & nuts and, if you are feeling indulgent, for gold and silver too. Chandni Chowk is also home to Gurudwara Sis Ganj Sahib, which was built more than 200 years ago, and Sunheri & Fatehpuri Masjids, also built 300 years ago.

Dilli Haat – or shall we say Delhi’s Heart – is a market where artisans from various corners of the country come together to put up their stalls and sell their wares. Haat literally means a market. It’s a bargain hunter’s paradise – you find the most stunning ethnic clothes like chikankari suits and Kashmiri shawls and other handloom items. On previous trips, I have even managed to pick up some beautiful paintings and handicrafts.

I could write reams on the city and still not be able to capture the essence of what it means to me. A busy and buzzing metropolis now, Delhi BECKONS me again and again, each time offering different vistas and tastes. And do I love it? 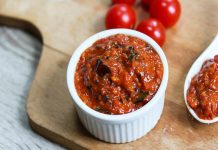 Holi food traditions – a riot of colours on the table